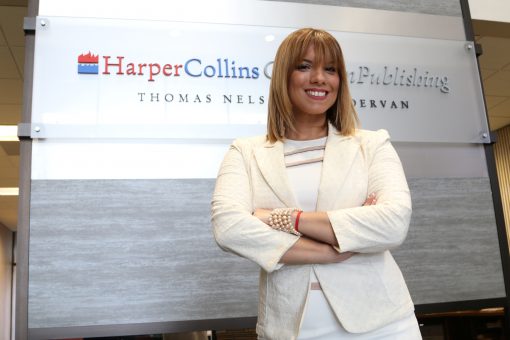 Nashville, TN (March 1, 2017) – HarperCollins Español has acquired the rights to publish El Círculo Virtuoso (The Virtuous Circle), the book that marks the literary debut for double EMMY-winner journalist Gaby Natale.
After a decade interviewing some of the biggest and brightest names in entertainment, sports, business and culture, Natale started to identify commonalities in the ways extraordinary men and women go about their lives, both personally and professionally. 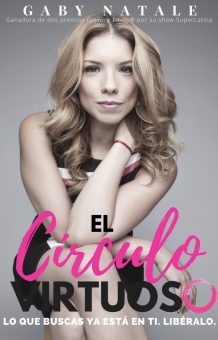 “I asked myself two questions. What do overachievers have in common? Can these common traits be synthesized in a replicable step-by-step process? El Círculo Virtuoso is the answer to these questions”, said Natale. The book not only gleans the road-to-success stories of newsmakers across the globe but also Natale’s improbable path from unemployment in her native Argentina to becoming the host and owner of her own TV show in the United States.
Already available for pre-order in Amazon, Target and Barnes and Noble, the book outlines 7 archetypes that Natale has identified as key steps in the road to success, starting with The Dreamer and ending with The Leader.
Alternately funny and moving, profound and self-deprecating, El Círculo Virtuoso is an exploration of Natale’s life story and intellectual curiosity, laced with references to the ancient art of Japanese calligraphy, post-war industrial design and the application of Venn diagrams to personal projects.
El Círculo Virtuoso will be released in July, reaching audiences in the United States and Spanish-speaking countries across the American continent. Natale will join HarperCollins Español’s promotional efforts with a multi-city tour and a website with bonus tracks, additional information and up-to-date news of the author.
For press inquiries contact: questions@aganarmedia.com
##
ABOUT GABY NATALE
Gaby Natale is a multiple EMMY-award winner media personality, entrepreneur and influencer. She is the executive producer and host of the TV show SuperLatina that airs nationwide in PBS en español (VmeTV).
Gaby Natale is one of the few women in the entertainment industry who owns not only the rights to her TV show but also a television studio. This unique situation has allowed her to combine her passion for media and her entrepreneurial spirit.
On May 2016, Gaby and SuperLatina won the Daytime Emmy award for Outstanding Daytime Talent in a Spanish Language Program and Outstanding Entertainment Program in Spanish, respectively, making it a first for an independently-produced Spanish language show.
In the digital world, Gaby has developed a thriving fan base, with over 50 million views on Youtube and 200K+ followers on Social Media.
She is also the co-founder and President of AGANARmedia, a marketing company with a focus on Hispanic audiences. AGANARmedia’s clients include Fortune 500 companies such as AT&T, Ebay and Amazon, to name a few.
Gaby’s upcoming project includes the launch of Celebrastic, a mobile app that allows parents to crowdfund, shop for and coordinate their kids’ birthday parties.